We love the Panthella Lamp. In fact, it was back in 2008 when we first wrote about it. Eight years on and we’re talking about it one more, as the Verner Panton-designed Panthella Mini get a launch.

This is much the same as that 1971 classic, but with a couple of notable differences. First up and obviously, this is notably smaller than the original. It also has a metal shade, as Panton originally planned (compared to the acrylic of the larger lamp) and finally, it has a range of colours, those being yellow, orange, mauve, red, pink, blue and green.

Actually there is one other thing too. This 2016 edition also has LED power, with three light intensities to choose from.

It is priced at £292 and available now from the Utility Design website. 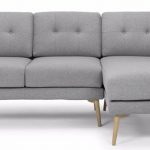