If the modern-day smartphone is a little too modern for you, then you can always pick up the newly-relaunched Nokia 3310 instead.

Yes, mobile phones have officially gone retro with a reissue of a one-time classic. This is a slightly tweaked version of the late 1990s smartphone, one of the most popular phones ever, shifting something like 126 million units first time out.

This new version keeps the look and feel of the original, but just updates everything else a little. So with this version, you get a 2.4-inch curved screen, a 2MP camera with flash, basic calling and texting, an FM radio, MP3 player, 16MB storage, the option of using a microSD card and of course, you can play Snake on it. Even better, Snake is now in colour.

The idea of a ‘dumb’ phone has really taken off of late as people prefer not to be hassled by social media every minute of the day. Throw in some nostalgia and Nokia could have a winner here.

Expect to pay around £45 for it later this year. 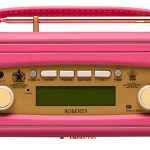 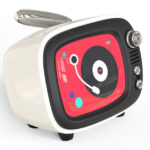