This isn’t out quite yet, but when it lands, the Verner Panton Panthella Mini lamp in Chrome will make quite an impact.

We featured the Panthella Mini back in 2016. If you saw that, you will know that the lamp is a smaller take on the 1971 classic, with a metal shade rather than the acrylic of the larger light (as Panton originally planned) and uses built-in LED technology for the light. The light also features a timer that can be set to turn off the lamp after 4 or 8 hours.

Original version of the Panthella appeared in chrome and are now sought after by collectors, so this is quite a special release. That release lands in February, presumably for around the £292 of the other Mini releases.

Expect to find it at Skandium, Heal’s or Made in Design. 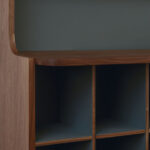 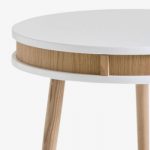