Of course, they aren’t official product, but the David Bowie Mr Men t-shirts for kids are pretty adorable.

It’s not the first time I’ve seen or indeed featured the concept. Back in 2017, I spotted the Mr Bowie mug, which was hugely popular at the time. So it’s obviously an idea with legs.

It’s a great little idea too, mixing a Mr Men character with one of David Bowie’s own characters. In this case, Bowie’s incarnation as Aladdin Sane. The design is consistent across all the t-shirts, with the only change being the colour choice. You can have your pick of 10 shades for this.

You can also pick sizes, which cover most of the childhood spectrum, specifically ages 1 through to 13.

With the recent success of the David Bowie – Little People, Big Dreams book for kids, I suspect there is a market for Bowie-related product being sold to parents, even if the children haven’t a clue who Bowie is.

If you (like myself) happen to be one of those parents, these t-shirts sell for £13.99 each.

Looking for inspiration for kids? Check out our Junior Hipster website 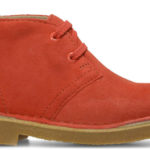