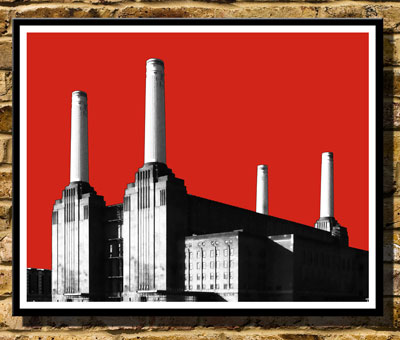 Once again, the famous towers are an inspiration for artwork, this time the Battersea Power Station limited edition print by Bronagh Kennedy.

END_OF_DOCUMENT_TOKEN_TO_BE_REPLACED 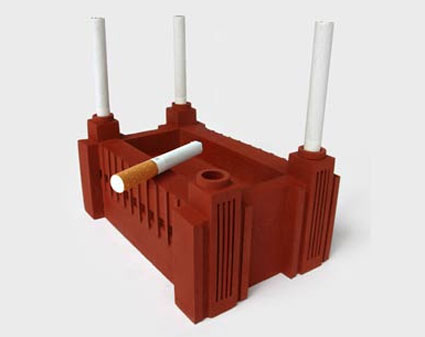 We're not encouraging you to start smoking, but if you do, we reckon this Battersea Power Station ashtray by Atypyk is about the coolest ashtray around. Except maybe for the Factory Records ashtray.

END_OF_DOCUMENT_TOKEN_TO_BE_REPLACED 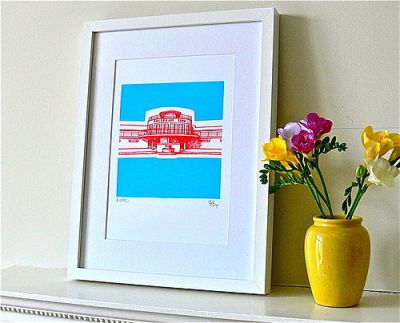 There are plenty of prints out there of famous buildings and landmarks, but Big House Devon’s range of Iconic Architecture Prints includes some interesting choices.

Yes, the often-drawn Battersea Power Station, Big Ben and the BT Tower are here, but so too are Brighton’s Saltdean Lido (a wonderful example of 1930s design), Bath’s Royal Crescent and The Circus, and the Hoover Building (one of my favourite London buildings). The images are hand-drawn then silk-screen printed with the number of prints limited to no more than 35 per design. The prints cost £45 each unframed.

Visit the Big House Devon’s store on Not on the High Street to view the whole range. 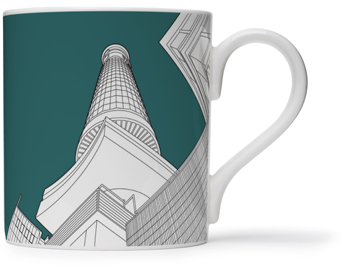 A new range from People Will Always Need Plates is always welcomed and their new “Looking Up in London” collection is in their quintessential style.

Printed on ceramic mugs, the illustrations are of well-known architectural landmarks, but from the perspective of someone at street level looking up. Choose from the Post Office Tower, Battersea Power Station, 1 Canada Square or Centrepoint.

The mugs cost £10 each from the People Will Always Need Plates website. 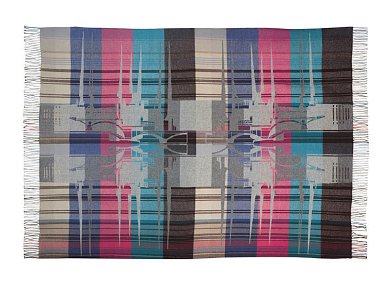 A cosy blanket is always useful, whether for wrapping around yourself to keep warm or to lay out your picnic on in summer.

This Battersea Blanket by Mary Penny is more stylish than the traditional tartan blanket and being designed by a graduate of the Royal College of Art, is perhaps closer to a piece of art than your usual bedding. The iconic London landmark Battersea Power Station has been woven into the blanket in bold colours against a subdued background on one side, with the colours reversed on the other . It measures 140cm by 190cm and is made from 100% Lambswool.

Buy from Thorsten Van Elten for £215. 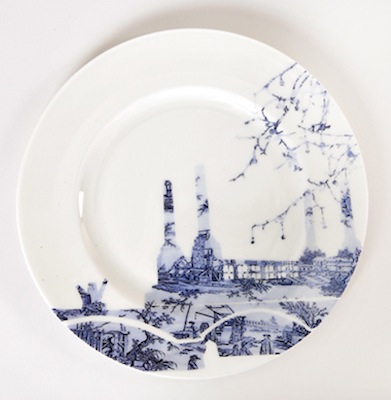 Unlike her usual designs, which normally feature a plain, colourful outline of the building, here she's gone much further back in the history of textiles for inspiration – to the eighteenth century no less – and filled the outline with a pretty pastoral toile pattern. The contrast works really well and hints at something of the long history of the Thames and its activities.

It's an unusual piece that costs £35.