One of two new books covering similar ground. But London’s New Scene – Art and Culture in the 1960s is the first on the shelves. END_OF_DOCUMENT_TOKEN_TO_BE_REPLACED 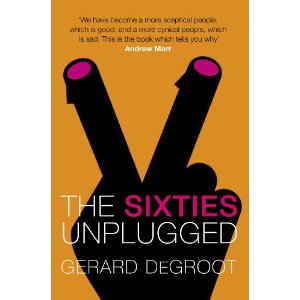 The Sixties Unplugged by Gerard DeGroot was published a couple of years back, but has only just made it to the top of my reading list.

DeGroot's central premise is that the 1960s weren't the idealistic revolutionary decade that is usually remembered with fondness and its legacy isn't necessary the things most people immediately think of. The book covers all the usual things you’d find in a book about the 1960s (The Beatles, Vietnam, JFK, mini-skirts and student riots), but DeGroot stresses that only a minority of people involved in radical movements. He further proposes that it is the conservative politics of the time that has had the greatest impact on our world – this was the decade that Reagan first went into politics. Whether or not you agree with his arguments, the book offers a different perspective on a well-worn path. 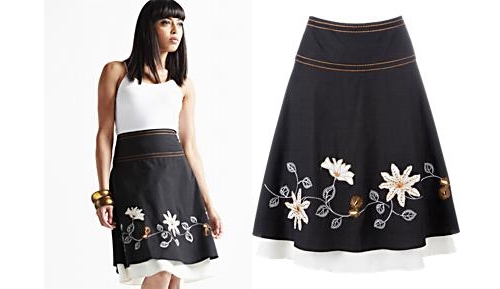 While miniskirts rule supreme for sixties looks, a more demure length is the order of the day for a variety of other retro eras. This Embroidered Skirt by Culture is a great choice for lovers of many vintage looks, suiting both a fifties and seventies aesthetic.

The combination of Americana and folk styles suits this skirt to both those looks, with a below knee length managing to avoid frumpiness thanks to a well tailored cut. The A-line flaring and high waistline create the desired silhouette, while a simplistic floral embroidery adds an element of girlish appeal.