One of two new books covering similar ground. But London’s New Scene – Art and Culture in the 1960s is the first on the shelves.

The other one is The Hidden Mod in Modern Art: London 1957 – 1969, which is detailed on Modculture and surprisingly, also by the same publisher, Yale University Press. But that one doesn’t land until October. This one is available from this week.

Both are, as you might expect, academic affairs. But if you have an interest in the era and particularly the art scene of the 1960s, you should get something out of this one.

It is described as a ‘groundbreaking and extensively researched account’ of the 1960s London art scene:

In the 1960s, London became a vibrant hub of artistic production. Postwar reconstruction, jet air travel, television arts programmes, new colour supplements, a generation of young artists, dealers, and curators, the influx of international film companies, the projection of ‘creative Britain’ as a national brand-all nurtured and promoted the emergence of London as ‘a new capital of art’.

Extensively illustrated and researched, this book offers an unprecedented, rich account of the social field that constituted the lively London scene of the 1960s. In clear, fluent prose, Tickner presents an innovative sequence of critical case studies, each of which explores a particular institution or event in the cultural life of London between 1962 and 1968. The result is a kaleidoscopic view of an exuberant decade in the history of British art.

If all of that sounds like your kind of thing, this hardback is published tomorrow for £30.80. And as I said, so check out that other title too. 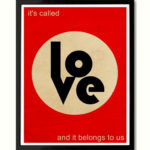