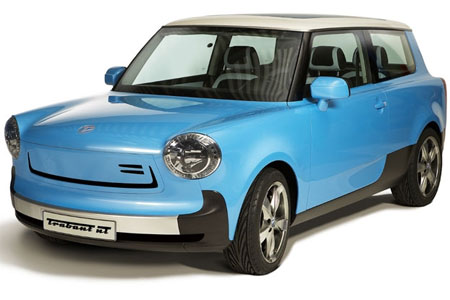 Back at the start of 2008, we mentioned that a relic of old East Germany, the Trabant car, was being remade as an all-new eco car with a retro twist. Well, true to its word, Herpa and IndiKar have delivered a working prototype – the Trabant NT.

Reworked by former VW designer Nils Poschwatta, the new version keeps the character and feel of the original, but ditches the weak points (duroplast structure, two-stroke engine etc), instead bringing it into the modern era with an electric engine and we presume, all the safety features of a modern vehicle.

This prototype is designed to encourage investment, with a view to going into production in 2012 for what's expected to be a low price – probably around the £7,000 mark, More images over the page. 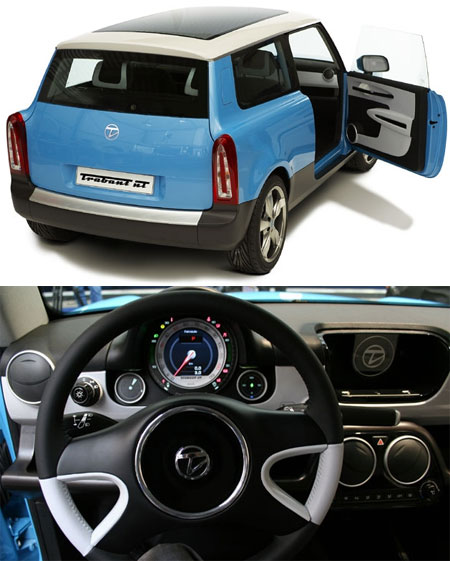