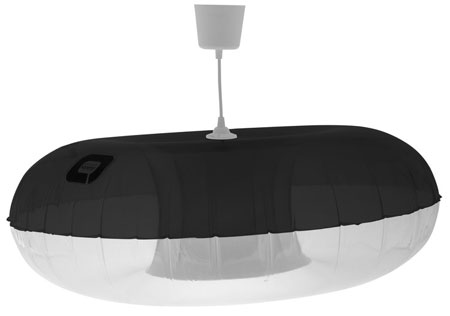 Back in 2008, Branex brought back the Quasar line of 1960s inflatable furniture. Now, in 2010, it's gone a stap further – reissuing the Quasar inflatable lamp.

Designed by the wonderfully-named Quasar Khanh back in 1969, taking the inflatable concept to an unlikely extreme. In 2010, it's something of an icon of that adsventurous era and a useful one too – it might be light, but that PVC is super-tough, three times as thick as the PVC usually used to manufacture inflatable furniture.

It's also a certain conversation starter as well as the perfect ceiling adornment, should you be going for that space age look. Various colours available (you can see another over the page), all priced at just over £58.

Find out more at the Made in Design website 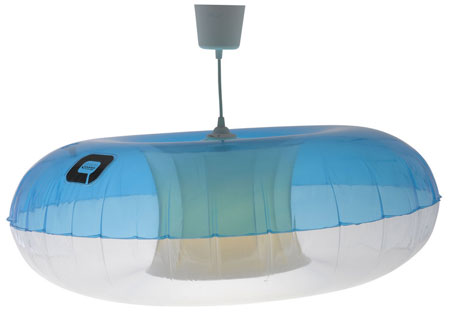