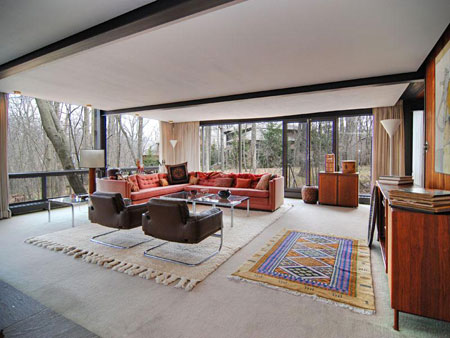 Remember this? Of course you do, this is Cameron's house (aka the 'Ferrari House') from John Hughes' 80s teen classic, Ferris Bueller's Day Off. We featured it when the house went up for sale back in 2009 and said back then, if we had the money, we would be all over it. Well, according to Gizmodo, the economic slowdown seems to have hit the luxury property market, so the money required to buy this midcentury gem in Highland Park, Illinois, USA is much less than it was back then.

As you undoubtedly recall, this glass and steel construction was owned by the parents of Cameron Frye and housed the infamous Ferrari, which Cameron and Ferris used to get around town during that 'day off'. That's not included in the sale (it was sold last year) – but you'll find the garage, which is capable of holding up to three cars, classic or not. 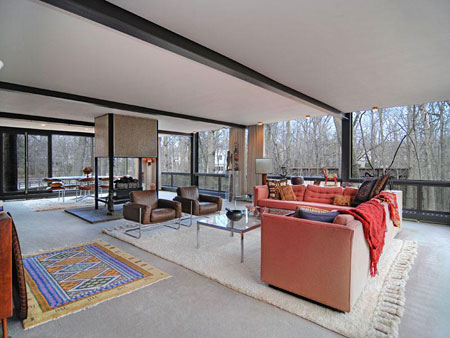 It was actually designed by architects A. James Speyer and David Haid back in 1953, with four bedrooms, four bathrooms, a further four rooms of living space (including the large open lounge) and an interior that hasn't really been touched since the day it was built.

The house went up for sale for $2,300,000, which was just short of £1.5 million. Now that the economy is in more decline, the price has dropped sharply to $1,650,000 – just ovber £1 million. Ok, it's still out of our price ranges here (and probably always will be), but if you get a windfall, Lotto win or an inheritance coming your way soon…there are worse things to buy. If not, we can always dream. 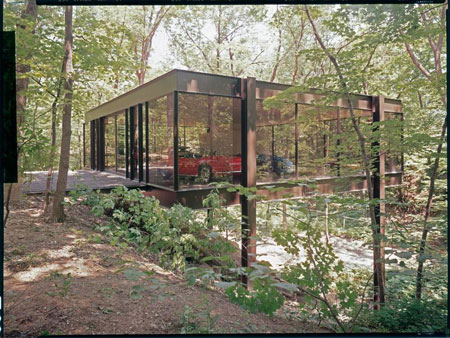