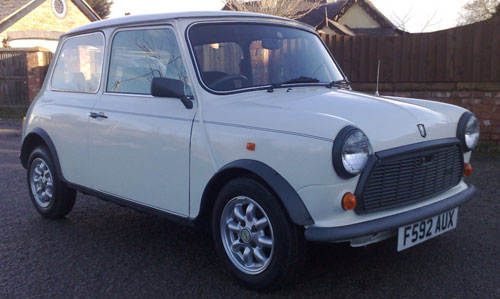 Yes, we have featured these before, but every example we have previously seen has been in black. This is a limited edition Austin Mini Designer Mary Quant Edition in white.

Around 1,000 were made in white back in 1988, but it's debatable how many actually survived, although a growing number are creeping onto eBay right now in varying condition, not so many in white though. Maybe time has been less kind to the lighter shade. This particular example has done just short of 70,000 miles in its time, with eight previous owners. All of the 'designer' features look to be there, but you might want to note that its had a 'full body refurb and brand new paint job', so not necessarily original. There's also new carpets, Cooper 'S' Minilite 12" alloys and new tyres as part of the deal.

Another shot over the page or check out the listing for many more. £1,030 is the current bid price. 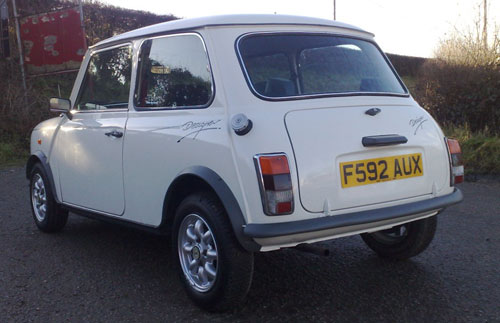