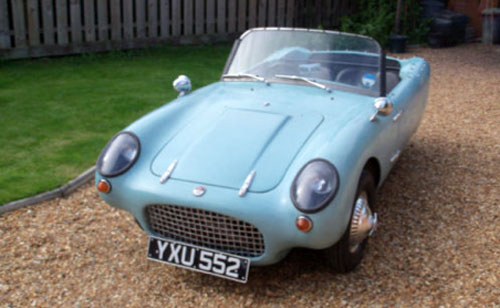 It's a snapshot in time, as the three-wheeled Berkeley T60 sports car was only produced in 1960, the company making them going under at the end of that year. But there's one on eBay right now.

Yes, a three-wheeler. I suspect you are thinking something more like the Reliant Robin, but this is a very different proposition, with the single wheel at the back and an altogether more sporty look. Although you could (and presumably still can) drive one with just a motorcycle licence. Check that out first though. 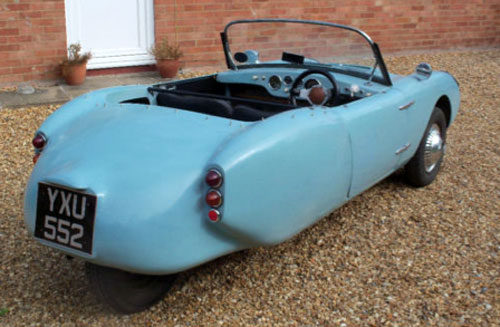 This T60 is a front-wheel drive car, with a rather modest 328cc engine and four front gears, plus one reverse. This one has been renovated quite considerably, completely restored three years ago. New coils, points and plugs too, which means it 'starts first time every time'.

It does need a new respray, but aside from that, is the finished deal, judging by the seller's comments. A fascinating car and not one you'll see everyday. £2,500 is the current price. 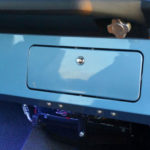