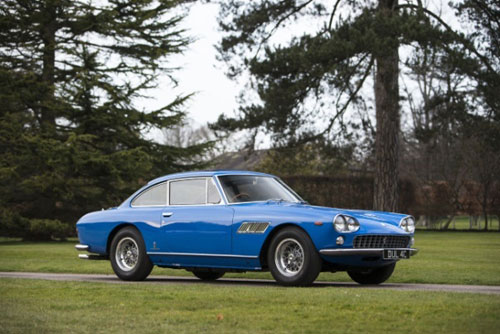 The car was bought by the ex-Beatle for £6,500 on the day he passed his driving test. Apparently, just about every luxury car dealer turned up on that day outside his house in Surrey, with Lennon picking out this right-hand drive in Azzuro blue paint with blu interior as the car of his dreams.

It was used for around three years, covering around 20,000 miles, before being sold on. By the late 1980s, this car (painted red and separated from its number plate) was with the Modena Ferrari dealership, from where it was acquired by its current owner. It has since been lovingly restored to its original specification.

The car, one of only 500 of its type built, is now being offered for sale, estimated to realise between £180,000 and £220,000 at the Bonhams Goodwood Festival of Speed Sale on 12 July 2013. It is being sold with an extensive history file documenting its provenance and restoration, which also includes correspondence with Lennon.

You never know…you might get a Lotto win between now and then! 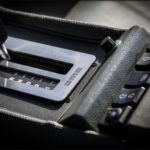