Have you seen the movie Escape From New York? If you have, you will know all about the Lifeclock One, which is going into production via a Kickstarter campaign.

At least, that’s the hope if the target is met in the next week. That’s really now down to you or I.

If you haven’t seen Escape from New York, it is a 1981 movie where Snake Plissken (Kurt Russell), has 24 hours to rescue the President from the country’s largest prison, which in the future is New York City. Snake is given a watch that’s a two-way radio as well as a countdown, showing how much time Snake has left.

The reproduced watch has a near-identical look (the image above is the new version, the one directly below is the original from the film), but offers far more functionality. it will pair with an Android or iOS device for push notifications from your favourite apps as well as incoming call and text message alerts. You also get step counting, weather, world clocks, camera control, a stopwatch and much more. it is also a full licensed reproduction too.

The aim is to get the funding ahead of a release date of May 2017. You can commit now if you want one, with prices starting from $249. Not cheap, but very cool and rather niche. 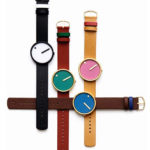 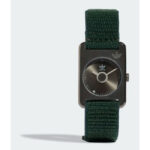 70s vibes with the Adidas Retro Pop One Watch