When something is still as practical and stylish today as it was in 1949, I think we can describe it as a midcentury classic. That’s the String shelving system.

Yes, this design dates to around 1949. That’s the year it was first produced for a competition would you believe, winning a book shelving competition run by Swedish publishing house Bonnier.

The design won for the same reasons it is still so popular today. String shelving was affordable, easy to transport, easy to assemble and produced in a way that you could add component parts as and when you need them. Oh and it looks rather stylish in a retro way too.

Of course, it isn’t just for books in the modern era. That’s another bonus. String has moved on from book storage to a general storage system, with components available that are specific to various locations around the home.

Want a home office? String has it covered. Looking for always storage? String will more than sort that out. Need something a little more stylish for the living room? String has a finish for that. Ok, that look is pretty much the same wood and wire finish that was designed in the mid-20th century, but you can get different colours and different functionality to suit any location. In fact, there was even a 60th anniversary unit with gold plating.

Oh and that name? It’s a play on the designer’s name, Nisse Strinning.

Getting it is pretty easy too. Yes, you can save some money by getting secondhand String shelving on eBay, but if you want it new, String is now available in John Lewis.

Pricing is hard to do as it really depends on how much you need and which units you go for. But pieces and set-ups range from £38 through to £1,684.

Scandinavian-style Aveiro sideboard and cabinet at Made 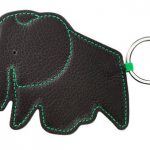