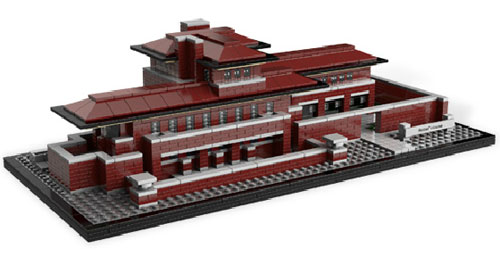 The next group of Lego Architecture sets has just landed, with the highlight for us being Frank Lloyd Wright's Robie House. Yes, you can build it yourself.

The full name is Frederick C. Robie House, which was built in 1910 in Chicago's Hyde Park neighborhood, a leading example of Frank Lloyd Wright's 'Prairie-style' work, which in turn is said to be the first truly American style of housebuiding – hugely influential on the rest of the 20th century. 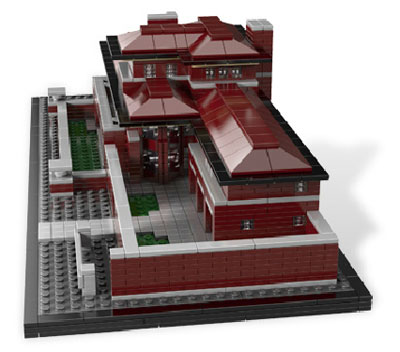 It's long, it is narrow and it covers 9,062 sq. ft. Obviously the model is much smaller, but it a replica of the original, with 2,276 pieces, ideal for the architect within on a rainy weekend. Sold with a booklet that's packed with details on its design and history, it sells for £169.99.

Archicine by Federico Babina – architecture from movies reworked as prints