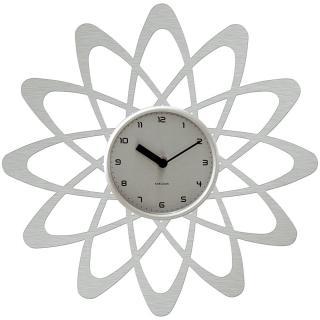 This Lotus wall clock, which is currently on sale at Wallace Sacks, offers a cheap way of getting some retro chic into your home. Its metal surround resembles the symbol of the atom and makes it look like it came straight out of the era when the atom was seen as an emblem of progress and the future.

It's made by Karlsson and you may remember that we've featured another clock by them under this name before. However, the simplified metal surround on this clock makes it look much later in period than the other model.

Vintage car lights for the home by Urban Light Factory